Just before 6pm yesterday (Wednesday 30 December 2015), a 23-year-old man and a 49-year-old man became involved in a verbal altercation outside a house on New Street.

During the incident, the younger man allegedly stabbed the older man a number of times.

Police and Ambulance Paramedics were called to the location and the injured man was treated at the scene before being taken to Goulburn Hospital. His injuries are not considered life-threatening.

Police arrested the younger man and he was taken to Goulburn Police Station where he was charged with wound with intent to cause grievous bodily harm as well as aggravated break and enter and resist arrest.

He was refused bail and will appear in Goulburn Local Court today (Thursday 31 December 2015).

Police are investigating after a fatal collision at Whittingham last night.

Officers from Hunter Valley Local Area Command attended and found two cars, a VW utility and a Holden had collided head on.

The driver and sole occupant of the Holden, a woman, died at the scene.

There were four male occupants in the utility, the driver aged 21, and three passengers aged 40, 14 and 12, were taken to John Hunter Hospital with minor injuries.

The New England Highway was closed for a number of hours but has since re-opened.

Investigators are appealing for anyone who witnessed the collision or has information that may assist with their inquiries to call Crime Stoppers.

A report will be prepared for the information of the Coroner.

Two women have been killed and two children have been critically injured in three separate road accidents across the western region on Boxing Day.

Police are investigating the circumstances surrounding the death of a female pedestrian who was killed on the Newell Highway south of Coonabarabran.

The woman died when she was struck by a vehicle early Saturday morning.

In another accident, a 26-year-old woman became the eighth person to die on New South Wales roads this holiday period, when her car collided with two other vehicles near Yass.

The two drivers of the other vehicles, who are both men, have been treated for minor injuries in Yass Hospital.

Two boys, aged 11 and nine, are also in hospital after their parent’s ute left the Hume Highway and hit a tree near Goulburn.

The children suffered critical injuries, while their mother and father weren’t hurt.

A man will appear in court tomorrow after being charged with the alleged reckless wounding of another man at Weston, in the Hunter region.

About 11pm yesterday (Saturday 26 December 2015), a 40-year-old man was staying with a 43-year-old friend at a home on First Street, Weston, when they became involved in an argument.

It’s alleged the older man punched the younger man a number of times in the head and pushed him into a lounge.

Emergency services were called and the injured man was taken to John Hunter Hospital with serious head injuries, including two fractured eye sockets.

The 43-year-old man was arrested and taken to Cessnock Police Station, where he was charged with reckless wounding.

He was refused bail to appear before Maitland Bail Court tomorrow (Monday 28 December 2015).

A man has been charged with nine offences including alleged firearm possession, following a domestic incident in Glendale yesterday.

Another man, aged 45, known to the group, allegedly forced his way into the unit.

He allegedly picked up a knife in the premises and threatened the 43-year-old, before striking him causing him to fall through a window.

The older man then ran from the location.

Officers from Lake Macquarie Local Area Command were notified, attended and spoke to the occupants of the home before conducting a search.

Police will allege they located a firearm barrel, stock, two replica pistols, and ammunition owned by the older man.

About 3pm, later that day, police stopped and arrested the 45-year-old man as he was walking on Glendale Drive, Glendale.

The man was taken to Belmont Police Station and charged with nine offences including;

He was refused bail to appear in Newcastle Local Court today (Sunday 27 December 2015).

Two children have been hospitalised following a serious crash near Goulburn this afternoon.

About 2pm (Saturday 26 December 2015), a Mitsubishi dual-cab utility was travelling along the Hume Highway at Yarra, when the vehicle left the roadway and hit a tree.

Two boys aged 9 and 11, who were travelling in the back seats, were injured in the crash.

They were treated by Ambulance Paramedics at the scene, before being airlifted to Canberra Hospital – both in a critical condition.

The boys’ 33-year-old mother, who was driving at the time, was taken to Goulburn Base Hospital for mandatory blood and urine testing. Their father, who was in the front passenger’s seat, was not injured.

Police from The Hume Local Area Command are investigating the circumstances surrounding the incident.

Officers are reminding motorists to take additional care, with extra holiday traffic and difficult conditions currently being experienced on the state’s roads.

A woman has died following a crash between three vehicles at Bowning, near Yass, today.

A 26-year-old woman driving the small sedan died at the scene.

The two other drivers – both men – were taken to Yass Hospital for minor injuries and mandatory blood and urine testing.

Detectives from the Hume Local Area Command are investigating and will prepare a report for the Coroner.

This fatality is the 8th since Operation Arrive Alive was launched for the festive season.

A man has died in hospital after being struck by two cars at Freemans Waterhole, in the Lake Macquarie area, yesterday.

The man was treated by Ambulance Paramedics and taken to John Hunter Hospital, where he died today.

Both drivers have been spoken to and underwent mandatory blood and urine testing.

Police have spoken to a number of witnesses and will investigate the full circumstances surrounding the incident as they prepare a report for the Coroner.

This fatality is the 6th since Operation Arrive Alive was launched for the festive season. 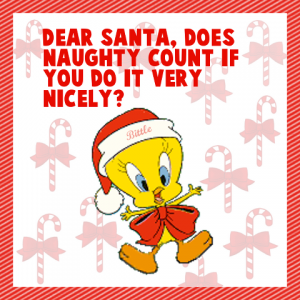 prosperous New Year. We have some exciting things happening in 2016 and we invite you to stay with us for a great new year on Radio. Tune in over Xmas for our special Xmas programming.

A report will be prepared for the Coroner after the death of a man in a workplace accident near Wagga Wagga today.
Sometime between 9.30am and 1.45pm (Wednesday 23 December 2015), a 55-year-old horse handler was on a property on Burrandana Road, Mangoplah, when he became trapped under the tailgate of a large horse trailer.

He was discovered deceased by another worker at 1.45pm.

Safework NSW investigators are also in attendance and a report will be prepared for the Coroner.

The incident is not considered suspicious.