To commemorate “World Teacher’s Day” celebrated in Australia on Friday 31st October 2014, STUDENT EDGE, launched their inaugural TEACHER OF THE YEAR competition last month inviting its 650,000+ members to write in and explain why their favourite teacher should be declared the country’s most outstanding educator.

From over 100 entries, it was Year 9 student, Steven Phung from Sefton High School, located in Sydney’s south western suburbs, whose heartfelt letter highlighting the dedication of his History teacher, Mr. Thomas Elley, that stood out and really struck a chord with the STUDENT EDGE team.

Having worked at Sefton High School since 2011, Mr. Elley teaches over 200 students at the school each week and like many educator’s nationally, has become a respected mentor to so many of the young minds he teaches.

Part of student Steven’s submission said, “Mr. Elley dedicates his time, puts effortin teaching and respects everyone regardless, whether the student is a troublemaker or a perfectly good student, they get treated equally. My teacher has achieved many things. Unlike many typical achievements like awards Mr. Elley’s achievements are different. Mr. Elley has and still is assisting students, encouraging students and preparing for the years to come. Students are in debt for Mr. Elley’s doing. In my eyes, this is an achievement that out-values those of certificates or trophies”.

With no doubt they had selected a worthy winner the team from STUDENT EDGE last week paid a surprise visit, complete with camera crew, to Sefton High School surprising both Mr. Elley and Steven, who was unaware his submission had won the competition. Mr. Elley was lost for words when it was revealed Steven had nominated him and that he was officially the STUDENT EDGE TEACHER OF THE YEAR. And the surprises kept on coming with Mr. Elley thrilled to learn that along with the prestigious title he also received a 3 day, 2 night holiday to Bali, thanks to ACCOR. And to top it all off, LENOVO also came along to the party rewarding not only Mr. Elley but Steven and the entire class of 30 students with their very own LENOVO ThinkPads.

Once the initial shock wore off, Mr. Elley went on to say “Receiving this award is extremely humbling. I’m fortunate and lucky enough to be able to do a job that is so rewarding and enriching, and to be recognised as Student Edge’s Teacher of the Year for doing what I do is something I never anticipated. Being a teacher, watching students learn and grow – there’s reward in that every day. Receiving this award as well, though, is something that I will remember for a long, long time. I’m glad that I have been able to perform to such a standard that not only Student Edge recognised, but that my own students valued, found helpful, and appreciate. After all, at the end of the day, everything we’re doing is for the students.”

Four worthy runners up from around Australia have also been selected with each being rewarded an overnight stay at an ACCOR Group Hotel within their home city.

The full list of recognised teachers selected as part of the STUDENT EDGE TEACHER OF THE YEAR is:

Four fire stations were either closed or had firefighting appliances unstaffed today due to budget cuts, despite a total fire ban in place and a severe bushfire risk as hot, gusty winds hit the Hunter.

The Fire Brigade Employees’ Union said Minmi Fire Station was closed from 7am until 6pm, while firefighting appliances and tankers from Morisset, Charlestown and Belmont were each left unstaffed for periods of at least five hours.

FBEU State Secretary Jim Casey said the budget-saving practice, introduced in 2012 by Fire and Rescue NSW management, was the result of budget cuts by the NSW Liberal Government.

“The temporary closure of fire stations, or the decision to take a firefighting appliance ‘temporarily offline’, means fewer fire trucks are available to respond to incidents, delaying firefighting efforts and adding to the pressure on remaining crews,” Mr Casey said.

“The practice of temporarily closing fire stations is dangerous at the best of times, with house fires, car accidents and other major incidents able to occur regardless of weather, but to close stations on a day with a severe fire risk and a total fire ban is just madness.

“It is almost 12 months to the day since similar hot, windy spring weather saw bushfires destroy more than 200 homes, yet it seems nothing has been learnt.”

Mr Casey said that prior to 2012, additional firefighters would have been brought in to the four fire stations to ensure they remained open, and appliances and tankers were available to respond to incidents.

“According to the Baird Government, firefighting is not a frontline service, meaning budget cuts and the ‘efficiency dividend’ are reducing the fire protection the public receive,” he said.

“It is the community that is hit by these temporary closures, leaving them exposed to greater risk due to a reduction in the number of firefighters available to immediately deploy to incidents.

“Budget cuts have become so severe that numerous fire stations are now closed across NSW each day, with some stations being shut more than 100 times since the policy was introduced.

“Closing fire stations is a game of Russian Roulette, where the lives and property of communities are put at greater risk for the sake of a small budget saving.”

Let conductor and educator Richard Gill be your guide to discover Elgar’s evocative Sea Pictures song cycle. It’s impossible not to imagine yourself on the brooding English coastline when you hear this poetry set to music, and Richard Gill will show us how the cycle holds the key to Elgar’s unique voice. 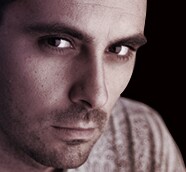 Kumusic Radio Show is a format that has been carefully studied by KuMUsic s.r.l.. an Italian company that specializes in promoting renown international talent as well as new up and coming talent.

After producing some of the most successful radio shows on the Italian national networks Kumusic have now decided to export their own show onto a much larger platform, an international one. Production is left in the hands of Glazersound (a young Italian producer) and Mc Fago (one of the countries top MC’s as well as frontman for Kumusic).

The Kumusic Radio Show features the hottest new and most original tracks out there offering a chance for the listener to hear a program full of musical vibrations whilst at the same time never being banal or boring, in fact the play lists will be chosen by the guests themselves.

Join a full day of attractions from 10:00 am till 8:30pm including stage and street performers, the duck derby, amusement rides, sail past and other on water displays and activities, kids free play zone, market stalls, pet show, art and sculpture exhibitions, car display and much more

The event concludes with a sunset (approx. 7;30pm) lantern and illumination parade and spectacular fireworks on the river (approx. 8:15pm).

Bachelor of Music ensemble groups perform for their end of year assessment.

This powerful work based on the film score of the same name will delight your senses. The program will feature Piano Concerto No 2 by Dmitre Shostakovich with Dr Gian-Franco Ricci as soloist.

Bachelor of Music ensemble groups perform for their end of year assessments.

Join the Conservatorium as we launch our newest Community Choir. BrainWaves is comprised of stroke survivors and their carers from across the Hunter. Their talent and unique composition led to their inclusion in SBS TV’s Insight program.

Raised in Brisbane, jet-setting virtuoso Ray Chen is one of the brightest stars in the new generation of violinists. His first national recital tour has all the spectacular fireworks you could wish for, from the elegant finesse of Mozart and Prokofiev to the exuberant acrobatics of Sarasate.

Wolfgang Amadeus MOZART Violin Sonata no 22 in A major, K305

Spin like an ice-skater without ice, compare your reflexes to a Formula 1 driver and see your fingertips under the microscope. The Benalla Indoor Recreation Centre will soon be overflowing with exciting hands-on science exhibits when the Shell Questacon Science Circus comes to town.

On Thursday 23 October from 5 pm – 8 pm, visitors of all ages can also enjoy spectacular shows with Science Circus presenters holding fire in their hands, lying on a bed of nails and revealing the intriguing science behind magic tricks.

“There’s heaps for people to try themselves, like the amazing experiments at our lab bench. You can create a cloud inside a bottle, play with a liquid magnet, and lots more,” said Science Circus presenter Karina Judd.

“We have over 40 exhibits, so there’s something for everyone to discover. My favourite is the glow-in-the-dark wall that lets you step away from your shadow like Peter Pan.”

The team is visiting primary and high schools in the Benalla region this week, presenting science shows for students and running professional development workshops for teachers.

“We’re really excited to see all of the students we’ve visited at schools joining the rest of the community at the public exhibition to enjoy more hands-on science. Experiencing the Science Circus is a great way for people to satisfy their curiosity about science and the world around us,” said Karina.

The Science Circus is made up of 12 young scientists who have taken a year away from research to share their love of science with communities across Australia. The Science Circus aims to spark an interest in science in the next generation of curious Australian minds.

“The range of scientists in the Science Circus shows that stereotypes of scientists aren’t always true. We have people in the team who have researched diverse areas from marine animals to astronomy, from robotic guitars to tsunamis,” said Karina.

The 12 presenters are currently studying a Master of Science Communication Outreach at The Australian National University. They spend three months of the year travelling across Australia with the Shell Questacon Science Circus to engage people with science and technology.

The Shell Questacon Science Circus is a proud initiative of Questacon – The National Science and Technology Centre, Shell and The Australian National University. The programme has been travelling Australia for 29 years, inspiring over 2.2 million people across the nation with interactive science demonstrations.

Police are appealing for information after three large sheds in the Yass area were broken into this month.

Between 12pm on Sunday 5 October 2014 and 8am on Tuesday 7 October 2014, a residential shed in Rossi Street, Yass was broken into and several tools including a chainsaw, concrete saw, blower vacuum and a surveyor’s laser and stand were stolen.

Three chainsaws were stolen from the Manton Fire Shed on Manton Road, Yass, between 1am on Wednesday 8 October 2014 and 7pm on Thursday 9 October 2014.

The Rural Fire Service shed on Euralie Road, Good Hope was also broken into between on Friday 10 October 2014 and 1.30pm on Saturday 11 October 2014. Property stolen included a chainsaw, socket set, battery starter and a sum of cash.

Officers from The Hume Local Area Command are continuing their investigations and urge anyone with information about these break-ins to contact Yass police station on (02) 6226 9399 or Crime Stoppers.