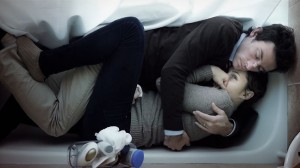 Melancholia with its 20 minutes of slow-motion at the beginning!

Yes it is an interesting idea: an organism that binds people together so that they experience life in very similar ways. My only criticism is that the film language used to describe this was deliberately painful to understand and comprehend.

On one hand you have a film with poor editing and narrative structure, but if you’re going to show it at Canne you can get away with both of these problems by simply suggesting you meant it that way to break new ground in film making.

This I believe is my problem with a film that could have been so much better, the maker forgot about the audience and just tried to impress their peers. The film’s style is also not very original, Goddard was turning out this sort of image blinking, hard to follow rubbish in Number Two in 1975. 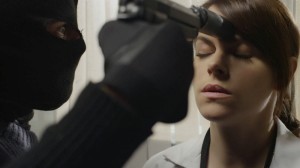 dead outbreak throughout. A magic serum has been found for people who have been bitten which makes them “returned” to normality.

The problem develops when supplies of the serum start to run out and people begin to revert back to their original state. People start hoarding serum and cutting each others throats to get their hands on what is left of the dwindling supply.

I have long felt that the zombie flick in contemporary times is a metaphor for how we feel as a society about ice/drug users and the uncontrollably violent way they affect our lives, films like 28 Days Later support this hypothesis.

It is therefore interesting that The Returned suggests throughout that our fear is unfounded and that medical solutions exist, just as they do for people with drug problems. Posing as the more violent the people who are against the “Returned”.

I’m not sure how that stands up in terms of the ice/drug epidemic affecting our society, but this is what makes this film somewhat more important than the other Zombie films in recent years.

I was not overly impressed with the first Hunger Games and this film was about as good. 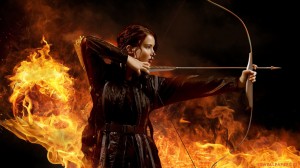 Pretty much just a remake of the original (complete with Liam Hemsworth appearing for five minutes, why he gets star billing is beyond me..Miley maybe?)

For reasons not very well explained all of the champions from every zone are forced back into the arena to fight in honour of the 75th centenary of the games.

The film ends setting itself up nicely for a sequel just as the original did, leaving a very open story-line. I have never liked this attitude to a film: they should be complete within themselves. It just looks cheap, this started some time back with The Matrix II and Hollywood films have been plagued with it ever since.

the ending is somewhat of a kicker believe me!).

People see a bright white light in the sky and are transported to an old series of warehouses where they must continually race each other. If they deviate from the race track or are lapped twice by any other competitor they die horribly.

Not made on exactly a massive budget, I suspect this one might have been an Indie film but well worth a watch. 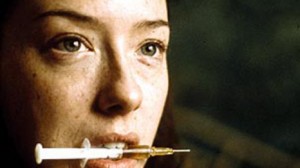 Mummy with her Medicine

I can just hear the critics on this one “Masterpiece of Cinema” “A defining Film” etc. Very nice for them. Yes it was a very good film I would agree, but it tried just a bit too hard to be a brilliant film.

Pure discusses the affects of heroin on working class families in Britain (mainly living on estates). It asks questions about how the children fare in the whole process while mummy spends her life on the “Medicine”. This it does very well, albeit with a bit too much sympathy for the drug users who should grow up and care for their kids.

Where the film falls down is its unrealistic approach to the ultimate effect the use of drugs has on family units, it tries to suggest that if you just try hard enough everything will work out fine. This despite most children of addicts ending up in care and family units being broken apart.

Keira Knightly has not overwhelmed me in many of her performances since Bend it Like Beckham, in Pure she has redeemed herself with a very believable performance. 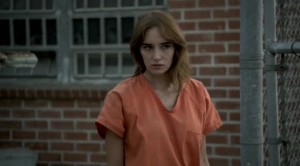 Jailbait is pretty much a remake of the former although it does cover some new ground. The film has lesbian scenes which are quite long and fairly explicit (lots of uncomfortable coughing if you sit and watch it with the family type of thing) . These seem to just happen almost without any “how do you do” as if the whole prison experience in some way instantly turns women into sex-depraved lesbians crazily on heat for each other.

The warden is a complete pervert as in the original, basically swapping fairness for sexual favours. I won’t spoil it for you, but if you have watched the original you won’t be very surprised! Don’t expect any world class production values or acting here, as this is an Asylum production it is distinctly B-grade pretty much like Chained Heat.

I am a big fan of Body Snatchers films and the various remakes and clones, so I guess it is 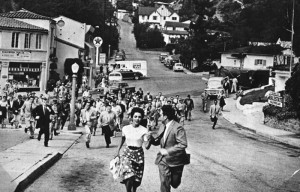 something of a surprise that I had never gotten around to watching the original 1956 version. This is unusual for me and something I have since rectified!

I must say that of all the various films following much the same story this one is my supreme favourite now!  Filmed in Black and White in a time when the Cold War and McCarthyism was rabid, the film takes on a paranoid veneer somewhat missing in the later versions. You can almost feel the “reds under the bed” atmosphere in every scene. Scenes where the whole town swiftly changed from normal small town everybody-going-about-their-business-USA to an alien invasion in an eye blink, somehow worked better than the cities later versions revolved around. There is a brilliant scene where the town is alive and thriving on a Saturday morning, which suddenly changes to a nightmare as trucks full of pods arrive. Seemingly normal people immediately drop everything they are doing…very creepy!

I guess the only thing I did miss was Leonard Nimoy from the eighties version turning the tables on us after he is taken over (Mr Spock what are you doing?) , but we can’t have everything!

This was a little gem I watched on Youtube, which was apparently the pilot to a planned 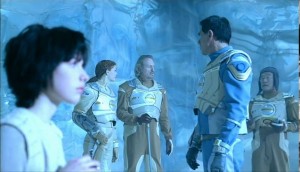 A huge spaceship arrives through space and destroys an earth colony. The earthlings set off in an experimental spaceship to a planet deep in space to answer an encrypted message…

Ok, so its decidedly cheap and nasty with not much money being spent on production values, but the acting is first rate, the CGI is not bad and the story is very, very interesting.

At the time of writing you could still watch it here: 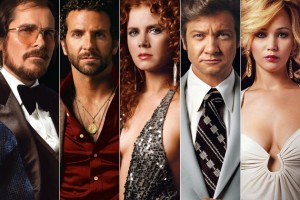 Irving Rosenfeld and his partner Sydney Prosser are minding their own business harmlessly conning people who can not get credit anywhere, when their world is interrupted by the FBI and agent Richie DiMaso.

The FBI offer is simple: work for us or face lots of years in Gaol. What follows is a trail of sting operations that involve Councillors to senators. One of the best things about this film are its outlandish seventies hairstyles and outfits which have to be seen to be believed! 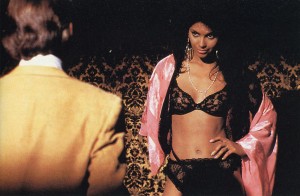 Roy encounters a bevy of beauties in his search to find who killed his beauty!

This film is a bit of a gem of an eighties film in which Roy Scheider gives a sterling performance.

A businessman who develops coatings for NASA is blackmailed by some hoodlums who learns about his affair with a young stripper. Initially he refuses to pay them which means they escalate their threats in the worst possible ways..