Two Victorian teenagers have been charged after a police pursuit at Goulburn today.

About 10.40am (Saturday 19 November 2016), officers from Traffic and Highway Patrol Command were conducting speed enforcement duties on the Hume Highway, Marulan, when they detected a stolen Ford Falcon utility travelling 145km/h in a 110km/h zone.

Police followed the vehicle with lights and sirens activated; however, it allegedly failed to stop when directed to.

A pursuit commenced and road spikes were deployed at Goulburn.

A second set of spikes were used and the utility eventually stopped on the centre median strip.

Police will allege the pursuit lasted for eight minutes and travelled 22 kilometres.

The driver, an 18-year-old man, and the passenger, a 19-year-old man, both from Drouin in Victoria, were arrested and taken to Goulburn Police Station.

The 18-year-old man was charged with drive conveyance taken without consent of owner, police pursuit, exceed speed (over 45km/h) and learner not accompanied by driver/police officer/tester.

The 19-year-old man was charged with be carried in conveyance taken without consent of owner.

Catering for short and long stays, the rest area is intended to improve safety by combatting driver fatigue. The facility forms part of a $6.2 million project targeting safety on Hume Highway and has been jointly funded by the Australian and New South Wales governments.

New South Wales Minister for Roads, Maritime and Freight, Duncan Gay, said that the new rest area had been designed for the anticipated increase in freight movements on the Highway, with parking for up to 20 B-doubles.

“The new rest area will have a separate parking area for light vehicles, with six standard parking bays and one disabled parking bay, ensuring all motorists benefit from this investment,” Gay said.

“There will also be an amenities block with picnic tables and landscaping throughout the site.”

The project is expected to take about five months to complete. “Work starts from today and will continue Monday to Friday between 7am and 6pm, and from 8am to 1pm on Saturdays, with estimated completion by mid-April next year,” commented Federal Member for Farrer, Sussan Ley.

“When finished,” she added. “This new facility will make a huge difference to the productivity and safety for all drivers using the northbound lanes of the Hume Highway, giving them an area for either a short or long stay.”

During the Christmas and New Year period, from 23 December to 9 January, works will be suspended, and both lanes will be open and free of reduced speed limits from 16 December.

New South Wales Member for Albury, Greg Aplin, said, “We recognise the importance of ensuring the best possible flow of holiday traffic through the area. We thank all road users for their patience and safe driving as this important safety and productivity upgrade for the region is delivered.”

Minister for Infrastructure and Transport, Darren Chester, said the new facility was funded under the Heavy Vehicle Safety and Productivity Programme.

“The programme invests in improving road safety and reducing the number of truck-related incidents by targeting driver fatigue,” Chester said. 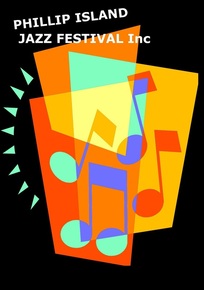 Bass room of the resort. This is a regular yearly broadcast and this year is shaping up to be the best yet. Join Peter James live from the Philip Island Resort live from Saturday evening.

A LUXURY car driver was caught red handed driving more than 30km/h on the Hume Freeway.

A 31-year-old Sydney man was travelling at 143km/h in the 110km/h zone in his red Lamborghini when he was detected by police about 1.40pm.

Victoria Police spokesman Luke Zammit said the man was issued with a $505 fine, four demerit points and had his license suspended for one month.

On the same highway, a 19-year-old Wodonga man on his probationary licence and a 26-year-old woman were clocked at 137km/h and 140km/h respectively.

Both drivers were issued with a one month loss of licence, four demerit points and a $428 fine.

Another driver, who was from the United Kingdom, had his overseas licence suspended for six months after he was detected going at 149km/h in a rental car.

He was issued with six demerit points and a $588 fine.

Friday, 2 December 2016 | 6:00pm
The Early Childhood Music end of year concert highlights skills which children from our school-age program have enjoyed developing throughout the year. This is a fun and inspiring concert from our young virtuosos to be!
Purchase tickets: https://ecmconcert.eventbrite.com.au

Song writing Workshop with
Lennie Edgerton
Saturday, 3 December 2016 | 11am – 2:00pm
Do you suffer from writer’s block?
Do you need help composing your ideas for a song?
Join experienced singer songwriter Lennie Edgerton at the Maitland Conservatorium of Music for this free workshop! FREE ENTRY!

Sunday, 4 December 2016 | 2:30pm
A showcase of violin students and string ensembles from the Conservatorium and surrounding areas
Purchase Tickets:
https://violinconcert.eventbrite.com.au

Two-time GRAMMY winners LITTLE BIG TOWN today reveal that they will play anticipated back-to-back all ages headline dates on their debut Australian tour in 2017. The acclaimed four-piece will touch down in Sydney for a show at the Enmore Theatre on Tuesday 21st March, taking in Melbourne’s Hamer Hall on Wednesday 22nd March. Tickets will go on sale at 10am, Thursday 17th November.

Nashville native and platinum-selling artist, KIP MOORE, wowed local audiences with an unforgettable appearance at this year’s sold out CMC Rocks QLD, and will return to Australia to join fellow Statesiders Little Big Town on the road in March.

Additionally, both Little Big Town and Kip Moore will hit the CMC Rocks QLD stage, ready to unleash epic sets at the event’s 10th Anniversary celebration. Proceedings will kick off on Friday 24 and continue through to Sunday 26 March 2017 at Willowbank, Ipswich.

Little Big Town, the reigning Grammy Country Duo/Group of the Year, and CMA and ACM Vocal Group of the Year, will make their debut Australian visit hot off the heels of extensive North American touring. In 2015, the band achieved a career defining milestone when their hit single ‘Girl Crush’ took out Best Country Song at the Grammy and CMA Awards, and went on to become America’s best-selling country single of the year. With albums Tornado (2012) and Pain Killer (2014), Little Big Town have achieved further success in the way of multiple chart-topping singles ‘Pontoon’, ‘Tornado’ and ‘Day Drinking’.

Inducted into the iconic Grand Ole Opry in 2014 by none other than Reba McIntire, the group has chalked up in excess of 40 award nominations, and in the past five years has taken home close to 20 awards, including multiple Grammy’s, CMA and ACM Awards, and even an Emmy Award.

They have previously shared the stage with the likes of Keith Urban, Miranda Lambert, Rascal Flatts, Carrie Underwood and more, and are one of the biggest country acts in the US right now. With a brand new single ‘Better Man’, penned by none other than Taylor Swift, currently making waves at US radio, Little Big Town will be ready to blow Australian audiences away in March with their hit-laden repertoire and a taste of brand new material from the forthcoming seventh studio album The Breaker, set for release on 24th February 2017.

Kip Moore is the ultimate road warrior, having spent the past six years traversing North America from top to bottom, building one of the most dedicated, loyal fan bases in the process, and becoming a festival favourite. Armed with a live show that mixes the bombast and wild desperation of Bruce Springsteen with the rootsy stomp of Merle Haggard, Kip has a sound built on space and swagger. A sound that bangs as hard as it twangs, caught somewhere between blue-collar country music and stadium-sized rock & roll.

With multiple American Country Award, CMT Music Award and CMA nominations under his belt, and songs from his sophomore album Wild Ones now a staple across US country radio, Kip will be gearing up to top his explosive main stage CMC Rocks set, which was a highlight of this year’s proceedings.

Little Big Town, together with Kip Moore, are set to deliver one of the year’s must-see country music events this March – Don’t miss it!
LITTLE BIG TOWN : TOUR DATES

Two people have been seriously injured following a crash north of Goulburn today.

About 2.40pm (Saturday 12 November 2016), police and emergency services were called to the Hume Highway, about 11km north of Goulburn, after reports of a crash involving two vehicles.

Police have been told an MG sedan and a Nissan Pulsar hatchback crashed while travelling north towards Sydney.

Two occupants of the MG, the 66-year-old male driver and his female passenger, were assessed at the scene by NSW Ambulance Paramedics and taken to Goulburn Base Hospital in a serious condition.

The female driver of the Nissan, 29, suffered minor injuries and was also taken to Goulburn Base Hospital for mandatory blood and urine testing.

Officers from Traffic and Highway Patrol Command have established a crime scene and the Crash Investigation Unit will investigate the circumstances surrounding the incident.

One northbound lane of the Hume Highway remains closed with delays expected for some time.

Drivers are urged to refer to www.livetraffic.com for the latest traffic information.

With excitement around their upcoming Australian dates reaching fever pitch, and tickets to all shows moving fast, global megastars the DIXIE CHICKS today announce that they will play a headline Brisbane show this March. Responding to overwhelming demand, Dixie Chicks confirm they will take the stage at the Brisbane Entertainment Centre on Saturday 25th March.

The band also today reveals the addition of a second and final Sydney show, to take place at the new ICC Sydney Theatre on Thursday 30th March.
Tickets for both shows will go on sale at 10am local time, Thursday 17th November.

Australian fans are ready and raring for Dixie Chicks to make their return visit after more than a decade, with the band’s first Melbourne show completely selling out in fifteen minutes, making it the fastest-selling Dixie Chicks show in Australia ever, and a second Melbourne show immediately announced.

Dixie Chicks last week made headlines when they teamed up with Beyonce at the 50th annual CMA Awards in Nashville, for a mind-blowing live performance of the Beyonce track ‘Daddy Lessons’, interlaced with Dixie Chicks’ ‘Long Time Gone’. Check it out here. An exclusive version of the track was made available shortly after the performance.

The band’s epic MMXVII World Tour has already taken Europe and North America by storm, the LA Times writing about the band’s “… palpable sense of joy and gratitude, looking and sounding radiant, untouched by time, their harmony-rich vocals and precision musicianship intact.”

One of the most prolific and captivating live acts on the planet, and with well over 30 million albums sold worldwide, Dixie Chicks have earned their title as the biggest US female band of all time. The trio has no less than thirteen GRAMMY Awards, six Billboard Music Awards, four American Music Awards and countless Country Music Association Awards under their belt.

Superstars, renegades, innovators, heroes and villains – For almost two decades, Dixie Chicks have developed from a band into a phenomenon. Don’t hesitate, get your tickets now and secure your chance to experience one of the world’s greatest live acts when they return to Australia in March!

Jimmy Barnes has just announced a 2nd Launceston show has been added to his upcoming Working Class Boy: An Evening of Stories & Songs tour on Thursday, 2 February at the Country Club Showroom and tickets are on sale now.

The previously announced Launceston show on Saturday, 4 February has sold out as has the Regent Theatre show in Melbourne.

The “Stories & Songs” shows will bring Jimmy’s #1 bestselling memoir, Working Class Boy, to life through a combination of spoken word performance and some music that relates to his life story.

After a record breaking fifteen #1 albums, Jimmy Barnes can now also say he’s a chart topping author. His acclaimed childhood memoir “Working Class Boy” was officially Australia’s top selling book for three weeks according to Bookscan and has been #1 on the non fiction chart for 6 weeks.