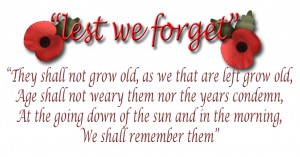 due to the severe thunder storms and torrential down pour of rain. Of course none of this takes away from the importance of the occasion. We hope to have some interview podcasts available in the coming weeks.

On the death of his father, Akhnaten is crowned as the new King Amenhotep IV. Immediately he abolishes the Amon traditions of his father, deposing Amon priests, and proposes instead the monotheistic worship of Aten, the sun-god from whom all life springs. He builds a temple, Akhetaten, in honour of Aten, and refuses to practice polygamy, preferring to remain true to his wife, Nefertiti.

As his pre-occupations cause him to become increasingly isolated from his people, the Amon priests incite the people to overthrow him. Akhnaten and his family are left roaming the ruined Akhetaten, mourning the passing of their epoch.

Akhnaten is one of Philip Glass’s great operatic achievements, and Leigh Warren’s beautiful choreography adds a thrilling dimension to this modern operatic classic.

Einstein on the Beach changed forever the way people viewed opera. Its premiere was a revelation, challenging centuries old taboos, and yet offering an alternative in which time becomes flexible, where seconds become minutes, and Philip Glass’ subtle but continual changes of texture, rhythm and melody insinuate their way into your consciousness. Einstein on the Beach is a never-to-be-forgotten experience.

Einstein on the Beach is the first in Philip Glass’ trilogy of early portrait operas. This reinterpretation of this 20th century masterpiece places dancers, singers and musicians as equally matched pillars of the performance.

Einstein was originally conceived as an unbroken work lasting more than four and half hours. Leigh Warren’s interpretation results in two distinct halves:
The first half (Parts 1 & 2) explores the mass/energy equivalence equation and the concepts of mass, relativity and balance.
The second half (Parts 3 & 4) explores the phenomenon, properties and mysteries of the ‘fifth element’ – light. Einstein, like many scientists before him, was engaged in a lifetime investigation into the mysteries of the nature and property of light. Revelations and incidents that occurred in Einstein’s life acted as inspiration for creation of the source material.

The structure of the work follows the music closely, allowing the individual elements to entwine, creating new and complex equations of movement, sound and light.

Satyagraha is inspired by the life of the legendary Indian peacemaker Mahatma Gandhi and his life-long search for truth through non-violent means – a concept he named satyagraha.

The opera is a mystical and magical journey, commencing with the mythical battle between Arjuna and Krishna on the Kuru Field of Justice. What follows in a series of episodes, in three acts, spanning from 1896 to 1910, which capture pivotal events in Gandhi’s life. The final scene paves the way to enlightenment and heaven. Sung in Sanskrit with text from the ancient Bhagavad-Gita episode of the Mahabharata.

With its large choruses, brilliant ensembles and meltingly simple but beautiful melodies, Satyagraha is a moving testament to the power of Glass’ music and its ability to keep you enthralled.