This was a remotely interesting film which sort of revolved around English gangsters. 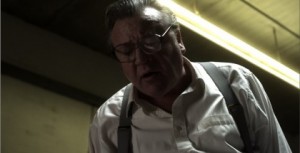 In essence however it was more of an attempt at The Sixth Sense meets an Ingmar Bergman film, neither of which it pulled off very well. I won’t spoil it for you other than to say that its pretty much clear what is going on with this film in about the first half hour and the rest of the film time just builds to a “surprise” most viewers will have already worked out in detail already.

Ray Winstone is what drew me to this film, although he had very little screen time. In a lot of ways this is more so a romance film with interspersed nasty violence from Ray in flashbacks.

If I’m being fair the stand-out feature of this film was the brilliant matching of actors to Ray Winstone’s appearance; a young version and his son to an Italian wife – they almost look related. 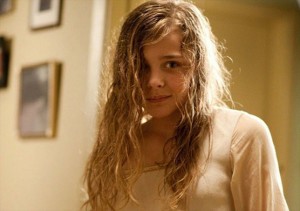 You may remember my review of the original Carrie film a few weeks ago, nothing much to report here!

Essentially just a remake of the original film with a slightly cuter actress playing Carrie White (although they tidied up the initial shower sequence, sorry no full frontal nudity this time guys).

The only thing I would say was essentially different was that the actors and actresses playing teenagers actually looked like teenagers this time: the original had people like John Travolta and William Katt pushing thirty playing youngsters! Julianne Moore caught the part of Carrie’s deranged mothers beautifully. 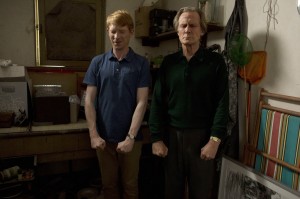 and some quite interesting time travel in one package.

A lot of the time travel episodes revolve around fixing awkward boy-girl mistakes and this is what gives the film its ultimate charm. In one sequence the central character Tim for example uses his powers to go back three times and repeat his sexual performance with the new girlfriend to get it “just right”.

In fact in the pursuit of love and happiness with his new found squeeze he often repeats every little encounter until he gets it just right.

After Bill Nighy’s arch evil performance as a vampire in the Underworld series of films, it took a little while to adjust to him as the caring father; but he delivers a brilliant performance that ultimately makes the film what it is,

The Wiggles “Apples and Bananas” Tour launches 2014 at a cracking pace! Anthony. Emma, Lachy and Simon start their tour in Sydney and then travel from March until June entertaining children around most of Australia. By the end of this year, The Wiggles will have toured to every state and Territory in our wide brown land! After launching their latest TV series “Ready, Steady, Wiggle! to most of the world as well as four CD and DVD titles, The Wiggles spent most of the last year touring. Red Wiggle and former “Phantom of the Opera” musical theatre star Simon, breathlessly enthused. “I thought I’d toured before, but being in The Wiggles has meant I’ve performed in places I’d only seen on a map before, its been so much fun!”
The Wiggles fame is founded on their all singing and dancing live concerts and the “Apples and Bananas” tour promises to be one of the best! “We’ve played around a lot of the world over the last year” said Blue Wiggle and founder Anthony. “Australia, New Zealand, Canada, right across the USA and even to the sands of Dubai. At one stage, we had spent more time on our tour bus than in our homes! But it was so worth it, the reception has just been amazing.” Purple Wiggle Lachy enthuses. “From getting to perform at a Mets baseball game in New York to the hundreds of performances in radio stations where all we had was an acoustic guitar and our voices, it’s been a blast!” The first female Wiggle Emma feels like her feet have not yet touched the ground with TIME and PEOPLE magazine in the USA trumpeting her inclusion. “I grew up listening to The Wiggles and so the songs are there in my brain. To be asked to be part of this group is a dream come true”. And it looks like our young audience has taken notice with the appearance of what journalists have called “The Mini-Emma Army’, girls dressing like Emma with their bows in their hair and even on their shoes. “They are the most adorable “army” I’ve ever seen, they’re quite “bow-tiful” laughed Emma.

The Apples and Bananas tour will feature songs from their new Apples and Bananas CD and DVD which is a new collection of nursery Rhymes such as “This Old Man” and “The Wheels on the Bus” given The Wiggles magical music touch. Wiggles songs are a part of every Aussie child’s as their most recent CD and DVD number one success on the I-tunes chart show (for Hot Potatoes, The Best of The Wiggles), the latest Wiggles hits such as “Do the Propellor” and “Simon Says” are just as popular as anything over their 23 year history. The “Apples and Bananas'” tour will feature these new hits as well as Wiggle classics such as “Hot Potato” and “Rock a Bye Your Bear”. The Fab Four of fun will of course be joined by Dorothy the Dinosaur, Captain Feathersword, Wags the Dog and Henry the Octopus!

2014 will see The Wiggles filming a new series of Ready, Steady, Wiggle and preparing for a new Wiggles feature film! Blue Wiggle Anthony added, “It’s a new generation of Wiggle fans” and we can’t wait for them to see this new show. Don’t miss your chance to see the most successful children’s group of all time. Get your tickets to The Wiggles “Apples and Bananas” tour as they’ll sell like …..hot potatoes!

Police are appealing for information after fuel was stolen from a property near Wagga Wagga last month. Just before 10pm on Wednesday 11 December 2013, two men entered a property near Currawarna -approximately 30km north-west of Wagga Wagga – and stole fuel.

Police believe it is possible the fuel was then on-sold to local members of the public. They are seeking assistance from anyone who may have purchased fuel around that time, or who has information about the incident. 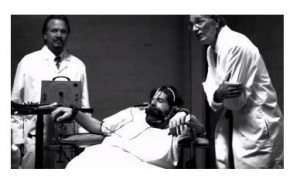 Anyone that works it out first time watching gets a prize!

A sometimes rather confusing film focusing around the MK Ultra mind control experiments of the CIA.

Two journalists end up taking an experimental drug used in these mind control experiments to locate another friend who took it and disappeared. It appears that the drug opens the ingest-er up to another dimension Ala Pulse. Strange things start happening but nobody is quite sure whether they are hallucinations or not.

All in all a rather interesting film, which probably needs a few watches to fully glean what is going on. The ending of the film really asks more questions than it answers, but if like me you think that is cool (i.e. it leaves you wondering) you will like it. 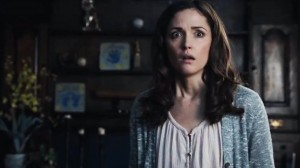 Just as screamy as the original!

Essentially a continuation of the original Insidious film with a lot of back story and extra hints about where it all came from from the master horror director James Wan (Saw, The Conjuring).

The ending of the first film left us kind of guessing, but in the sequel all our questions are answered and the final battle between the family and an army of nasty demons is won.

I was rather intrigued at how well this movie matched the original and I suspect that a lot of the footage was shot with the original. Footage cut out to the reduce the length of the finished film was brought back into play. Either that or they had the best continuity people in Hollywood History.

All things considered I think this sequel was almost as good as the original!

Dpn’t watch this one too late at night..

This is a very scary film in the finest traditions of horror, despite being something of a photocopy of Poltergeist,

After some horrible disturbances and spooky faces in the dark a young boy lapses into a coma for no reason. His parents soon realize, with a help of a psychic, that a battle beyond life itself is going on for control of his body.

Some very good special effects and lots of screamy frights make this a great horror night in. The ending is a real kicker.

This is a very disturbing film which rather than being exactly a horror flick is more gross than anything else.

Certainly there are many elements of Gothic horror in it which leave you feeling even more unsettled, but in essence once you work out whats really going on its just a stomach churner!

Having said that We Are What We Are is beautifully filmed and well acted with very good performances from some of its younger stars. It has an overall atmosphere and creepiness that heralds something deep and dark throughout.

Normally I don’t do reviews on mini-series but Unsere Mütter, unsere Väter was so good and 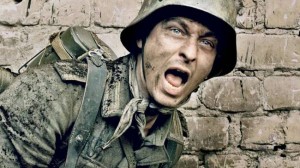 so filmic that I decided it qualifies.

The German series focuses on the war time experiences of five friends and how it changes them forever. Two are brothers and members of the Wehrmacht (Regular Germany Army). They are set to go on their first posting which is to the ill-fated Russian campaign. One is a nurse who is also going to Russia to work in hospitals behind the front lines. Another is an entertainer who wants to be bigger than Marlene Dietrich, the final is a Jewish man who works in his fathers tailoring business. All five have been friends since they were children.

The story is very complex over three episodes and to explain much of it here would be to spoil it for you. What I can say is that the production values are first rate with film values that stand up beside some of the best such as Band of Brothers.

I believe this series is about to be shown on SBS so I would not miss it when you see it airing.