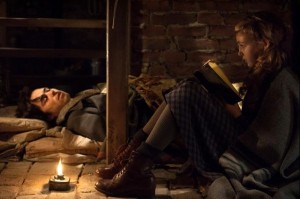 I suppose its fair to say that most German children were not exactly to blame for the Holocaust.

I suppose I should say that The Book Thief was a masterpiece of cinema and a very important film etc. but I did find it somewhat problematic.

As a child’s eye view of the horrors of Germany during WWII it performed admirably, if not somewhat apologetic most of the time (after all every German hid a Jewish runaway in their Cellar NOT, no one knew what was happening NOT etc.).

It did tend to gloss over the appalling nature of the Third Reich, but then from a child’s perspective the world is always somewhat limited and pure around them. I can forgive it therefore for not really being a serious holocaust piece and a reflection of the insular nature of youth.

I have never much enjoyed Geoffrey Rush, I have always found his acting pompous and over intense, he actually worked very well in this role as the loving father making the best of bad times around him.

Perhaps the worst decision in the film was the Narrator who popped up now and then in the style of a children’s story, warranted points for making him the grim reaper in a sort of twist on this style, but nevertheless the film would have been much better without it.

In some ways their are parallels in this film to Benigni’s Life is Beautiful, but where Life is a sick “humourous” twist on the Holocaust, this film manages to stay far enough away from it to not be tainted with the same brush. 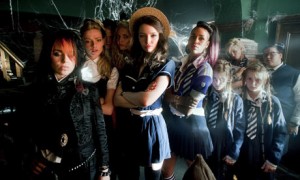 Standing out I suppose was Doctor Who (David Tennant) who made an otherwise pretty much unwatchable film not so bad.

This is a french film about…. you guessed it, their Special Forces! 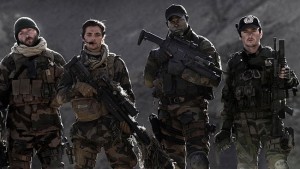 It borrows very heavily from the Hollywood style and but for the French dialogue you could be mistaken for thinking this is a standard Hollywood action flick.

A nosey journalist gets kidnapped by the Taliban and because she’s female, all of France bends over backwards to rescue her. Then follows a major journey across the desert of Pakistan and snowy mountains to reach the safety of Afghanistan.

I know it sounds like I didn’t like this one much, but all in all (taking it for what it is) it is not a bad film with a pretty spectacular ending.

Ok this is not the best movie ever made, but taken from a book by Roger Zelazny and with a 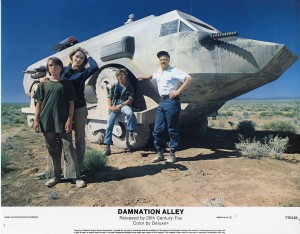 script written by Lukas Heller (Dirty Dozen, Flight of the Phoenix) it has a lot going for it.

This is a post apocalyptic movie starring George Peppard and Jan Michael Vincent. The third world war kicks off as the movie begins and we follow a team in a missile silo launching the nukes.

After the war the earth is laid waste and the group set about surviving at their military base. After a while, it appears simply out of boredom, they set off in massive land vehicles in search of a mysterious signal.

Now you might be saying, I have heard all this pretty much before, but remember Damnation Alley used this plot line back in the seventies.

This is a standout Indie film from last year (no its not about Zeus and the boys..that’s

A young solider wakes up in a strange house and can’t remember anything. He proceeds downstairs and realizes he is locked in. He is attacked by a strange creature and we begin to realize that all is not as it seems…

I am still guessing about this one and will probably have to watch it a few more hundred times to work it out. Just the way I love films! 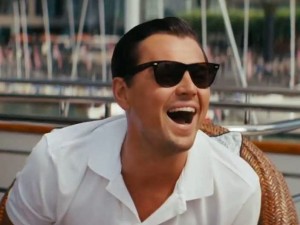 Certainly a very different film for Leonardo after The Great Gatsby…well maybe not as his new character in The Wolf of Wall Street is very much a Jay Gatz type of guy!

This film chronicles the rise to mega wealth of one of America’s biggest Security Fraud criminal’s, who exploited Mom and Pop investors right across America for every penny he could squeeze – In some ways a Gordon Gekko in Wall Street.

This brilliant film is in many ways a comedy; with a stand out performance from Jonah Hill as De Caprio’s offsider in some truly very funny scenes. 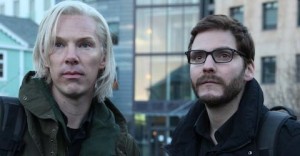 After seeing We Steal Secrets: The Story of WikiLeaks I am prepared to accept that this film version is a fair assessment of the entire Wikileaks affair, the film is based on two books written about the incidents by close associates of Assange.

The film is not exactly very flattering to Julian Assange, it proposes him as unable to control his ego which seems fairly consistent with the real life person from what I have seen in the preceding documentary. I guess in his defense though he wasn’t really ready for the worldwide attention he received, being a quiet person with his head always stuck in his computer.

Also I may simply have been duped by the meglo-media machine into perceiving him that way, what you film and how you edit can very often determine the spin a director wants to put on a subject and how we perceive them.

A very interesting film that puts all of the events that made up Wiki Leaks together well. 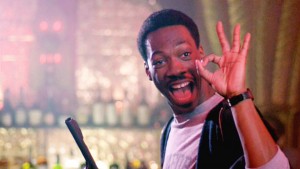 Eddie plays a Detroit cop who receives a mysterious visit from his old friend Mikey. Mikey is promptly killed and Eddie sets out on the warpath to find his killer. Enjoy again all that wonderful eighties Synth-pop and Eddie’s antics as he hi jinks around Beverly Hills looking for the killer of his friend.

My Favourite line from the film comes from when Det. Rosewood (Judge Reinhold of Fast Times at Ridgemont High fame) and Sgt. Taggert (John  Ashton) begin to live up to his expectations in bending the law and he says: soon they will have “..big dicks and afro’s”.

One of the most interesting things about this successful series of films is that originally the character Eddie Murphy plays was cast for Sylvester Stallone! 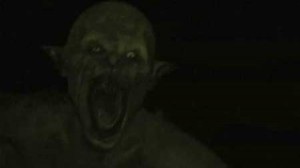 The best part was the creature..quite awesome

Yet another in a long line of “found footage” (i.e. made on the cheap) films, The Black Water Vampire is not a bad film.

I’m not so sure it was exactly the most scary film ever made. but then again there were some sequences once the (you guessed it) Nosferatu-style vampire appears like a huge human bat. That really did get the heart thumping a bit…

The acting was a tad unbelievable in part and I suspect they saved a lot of money on the bit-parts, but the main actors carried their roles well. 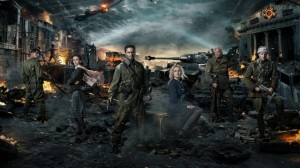 facing each other across Stalingrad’s iconic square.

In one the Russians prepare to hold off the German onslaught long enough for replacements to arrive from the rear of the city across the Volga. A woman stays with the soldiers and befriends them helping by cooking and treating their wounds.

The version of this film I was given to review had quite poor English subtitles and sometimes it was a bit of an effort to keep up with the narrative. There is of course also the Russian classical style of film-making which tells stories in a very different way to Hollywood: rather than posing a story from start to finish they often interweave other stories as they occur, while major events are occurring around them. Hollywood does this too, but in the Russian style these minor stories dominate a lot of screen time, making the overall narrative seem disjointed by the time we get back to it.

However if you are prepared to accept these few minor problems for Western viewers, Stalingrad is well worth the 3 or so hour watch. It stands up well as a companion piece to the 1993 German film of the same name.